Fear of the Unknown! Image via Wikipedia
Like all new things we have a natural fear of the unknown. My stepson Phillip started his freshman year of high school today. Tomorrow his brother Andrew starts his senior year. Both are fearful of what is to come. Phillip because he is at a new larger school and Andrew because this is it, his last year then it is on to the real world as he calls it. But for both boys it is a new beginning. So maybe we should look at death that way. As a new beginning in the spiritual world. I was taught at a very young age that our souls live on. I would like to believe this is true. There are countless experiences of people being contacted by dead relatives. I had an experience with this when my cousin Mary's son Dominic died at the age of 26. We were all very upset by this because he was so young and we didn't even know he was sick. He had flu like symptoms for a few weeks and it turned out he had lymphoma. One day in the hospital and he was gone. The youngest loss ever experienced in our family. That afternoon I was crying and overwhelmed with grief when I sat down on my garage steps, it was around 3 pm. My mind wandered to another place. I saw Dominic peeking his head around a corner, my mom and grandma were there and looked shocked to see him. Then my mom said something like " Dominic! we didn't know it would be you, come on come on". Now you may be thinking "the mind gives us what we think we need". But there is more to this story. Shortly after my vision I called my cousin Debbie and told her about what I had seen. She asked me what time it was when this happened. I told her about 3 pm and she said: "I saw the same thing at the same time". Still gives me chills to this day and that was 11 years ago. Some call it coincidence but it's too real for me to discard that easily. After Ben died he came to my dad in a dream. He was young and had a big grin on his face. Makes me think he is happy wherever he is. It also gives me a sense of peace towards my own death. I know in my heart that he will be there to greet me when it is my time to leave my body behind. Maybe that's part of why I am not afraid of death.


I read a lot of books after Ben died. Many things stood out, but one in particular. I think it was from James Van Praagh, (I read so many it is hard to keep track of who said what). He said something like this: our loved ones spirits are all around us but they can't let us know, because if we knew then we would want to spend all our time with them and it's our job right now to spend our time living.

I would like to know what everyone thinks. Have any of you had similar experiences to mine? Forget the experts, let's share our feelings and experiences. Maybe together we can take some of the fear out of dying and learn to live our best life now.

Posted by Annette at 6:46 PM 2 comments: Links to this post

Return To Me-Wisdom from Carroll O'Connor 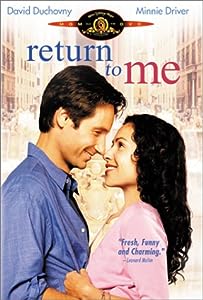 Cover of Return to Me
I have always been a fan of sayings and quotes. Many of my favorites are from famous people. But often when watching a movie I find a line that rings true with me. The following quote is from the movie Return to Me:
"It's the character that's the strongest that God gives the most challenges to".

If you haven't seen this movie I highly recommend it. Yes it is a chick flick but it's a good one and the old timers in it are highly enjoyable. The above quote is from Carroll Connor's character. Who knew Archie Bunker could be so profound. LOL

This quote helped me through many a dark moment after Ben died. Oddly it gave me strength when I needed it most. I repeated it to myself more times than I care to remember. And I was able to make it through the day knowing God was challenging me but he knew I could take it. I still repeat it daily and share it when I can.

Is there something you say or do daily that helps you make it through the day? Do you have a favorite quote or saying that you have above your desk or on your refrigerator? Post your favorite thought or action in the comments and maybe together we can help someone make it through their day.

Peace to all,
Annette

Posted by Annette at 7:28 PM 4 comments: Links to this post

Image via Wikipedia
Yesterday I lost a lifelong friend. My cousin Frank. Well, we were almost related. He was my cousin's cousin and in an Italian family that means we were cousin's too. So, as we grew up together we always referred to each other as cousins. When he was around seven his mom and dad decided to move out to California. Every summer he came home and stayed with his grandparents. We would spend time together when he was home and the rest of the year we would write about the things going on in our lives. Life got busy and while raising our families we lost touch. But a few years ago we reconnected. He brought his kids out to meet everyone and they spent a few weeks visiting. They stayed with us for a few days and it was just like old times. He was the same old Frank. Funny, loving and I was so happy to be able to spend time with him again.

Frank was the most kind and tolerant person I have ever know and probably will ever know. He was accepting of everyone and there was not one person in this world that he wouldn't help. That was his legacy.

Life isn't easy for most of us but he was gay and grew up in the seventies. He faced quite a few challenges along the way. But I never saw him let the negativity of the times control him. I remember a few instances when I was furious with some of the people around us, he just shrugged his shoulders and let it be. I know he was hurt but he didn't show it. He remained loving and kind and moved above the anger. He taught me about acceptance and tolerance. I will miss his laugh, his smile and his love.

Sometimes it seems that death won't leave us alone. It comes calling in the loss of another person we care about. It is a very real part of life. We may ask---why him, why now, or even why not me? Is it a part of a bigger plan? None of us know the answer. Believing we will all meet again someday is what helps me keep going. For now, for whatever reason, it is my time to live. And I am going to live the rest of my life trying to be more like Frank. To honor his legacy by being more forgiving, more tolerant and kind. For it's true "everyone you meet is fighting some kind of battle".

Think about the legacy of those you have lost. What did they leave behind that you can learn from and use in you life? What made them special? What do you want your legacy to be?

Peace to all,
Annette

Posted by Annette at 2:32 PM 4 comments: Links to this post

Many people were very kind to my son Ben but sometimes I wonder if just that one person was nicer to him would he still be here?

This weekend as you go through the hours remember "Kindness is Free".

Make it a great weekend everybody.

Peace---Annette
Posted by Annette at 6:10 PM 2 comments: Links to this post

JOIN ME ON THE JOURNEY

If you have been affected by the loss of a loved one, if you have seen your world come to a crashing halt because of death, I can relate. I lost my son and lived through it. Now I want to help you live through it too.

Join me on a journey to a better understanding on how we all can survive the loss of a loved one. 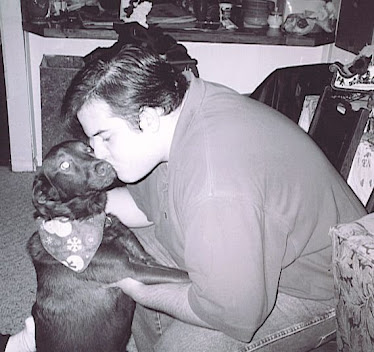 with our dog Coco

Sunsational Art---This is what I do for therapy.

Learn to blog in 12 simple steps from Annabel Candy